Rules are a two way street… 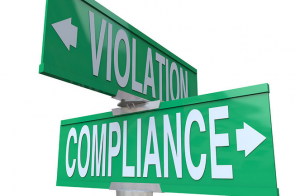 I recall at high school participating in a debate “Rules are meant to be broken.” To be honest I cannot recall if I was on the affirmative or negative side, nor whether we won or lost – however I have never forgotten the topic.

In recent media coverage this old topic has come back to me – however I am certain that my perspective now is totally different.

The wearing of a school uniform is often the way schools enforce the rules that they have – I recall being in a private girl’s school and seeing a student on detention because she has the wrong coloured hair tie – I was outraged – surely this was taking the rules a bit far – I questioned how the colour of a hair tie impacted on educational outcomes, surely teachers and principals had bigger issues to concern themselves with … then I heard David Koutsoukis speak about the Broken Window Theory made popular by Malcolm Gladwell’s book The Tipping Point.

The broken windows theory was first introduced by social scientists James Q. Wilson and George L. Kelling, in an article titled “Broken Windows” which appeared in the March 1982 edition of The Atlantic Monthly.[1] The title comes from the following example:

Consider a building with a few broken windows. If the windows are not repaired, the tendency is for vandals to break a few more windows. Eventually, they may even break into the building, and if it’s unoccupied, perhaps become squatters or light fires inside.
Or consider a pavement. Some litter accumulates. Soon, more litter accumulates. Eventually, people even start leaving bags of refuse from take-out restaurants there or even break into cars.

So back to the school rules… if a rule is broken and is not dealt with then it looks like no-one cares and the I don’t care either attitude creeps in. This is how it escalates.

My husband and I had a discussion with our children (aged 12 & 14) last night – Mr 14’s school rule is, and was stated clearly in the school newsletter lately, that students are not to wear their sports jacket (school issue with logos ) to, during or from school – yet Mr 14 does – his argument is “no-one ever tells him off” – in fact he wore it today and says “the Principal saw me and never said anything.”

In a similar refrain, Miss 12 ‘s school does not allow chocolate biscuits, junk food, food colouring etc in lunch boxes – yet when we say no at home we hear, “Sam had one yesterday and the teacher didn’t say anything!”

So there in lies the challenge – and the two way street – as parents we have seen the rules and are working to reinforce them with our children, however they perceive that it is not an issue as they are not told off. For us as parents, it sometimes seems like a losing battle…

Maybe these rules seem like a good idea when management meet and decide on the behaviour that is acceptable or not. Perhaps, however with the added pressures on teachers to cross and tick so many boxes, additional paperwork etc and with a class of thirty students, teachers have far more pressing issues to deal with than whether a student has the correct coloured hair tie, their socks up or a healthy lunch.

The bigger picture for me is the wonderful quote “Integrity is what you do when no one else is watching.” It is the bigger picture of our education system – preparing students for life by teaching them to do the right thing, not for reward, through ego or for points on a scoreboard – but simply because it is the right thing to do. It is picking up the rubbish because it will make the place look tidier, not because you know someone will reward you for it. It is about helping the person that has run out of petrol, rather than driving past and thinking someone else will do it. Offering to help a neighbour or stranger to lighten their load and so on. Ultimately I believe this is the bigger goal of education; teaching students to have integrity, values and a moral compass to lead them to success in whatever form that takes.

So all of this begs the questions…

– In what ways might schools and parents be working together to achieve the same standards?
– What kind of rules are appropriate?
– How are rules reinforced?
– What are we truly teaching in the classroom?

13 Responses to “Rules are a two way street…”